Woodlawn Cemetery was established in 1817 on one acre of land originally owned by Owen Brown, father of the abolitionist John Brown. Over the years several additions were made, and Woodlawn now covers approximately 34 acres. At this time over 14,000 are interred in the cemetery. 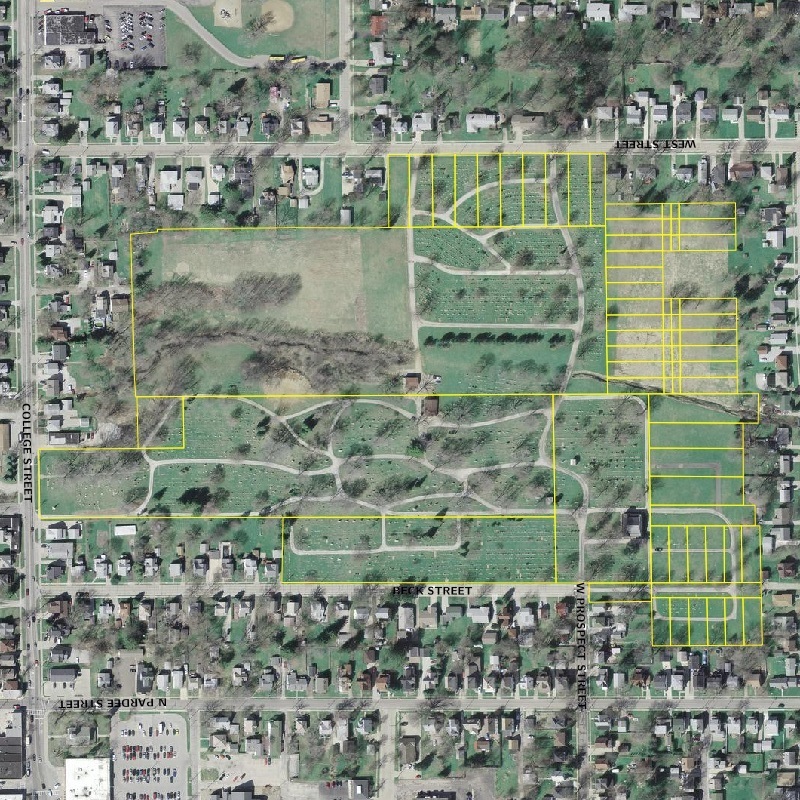